Unlike most people, I love foggy days! The thicker the fog, the more cosy and serene the mood. Living near the sea in Kalasatama, I have enjoyed those early spring mornings when, as the temperature slowly rises, it is as if the whole world is gently wrapped in a cotton blanket. The feathery brume envelops the brick buildings and through its white disguise it feels like whispering is the only acceptable way to communicate.

It’s in those sheltered occasions that I usually dare to pursue new culinary intimidations. For a long time gnocchis were on my “to dare” list (alongside meringues and macarons), and suddenly from under the cover of the fog, these flour dusted beauties appeared! 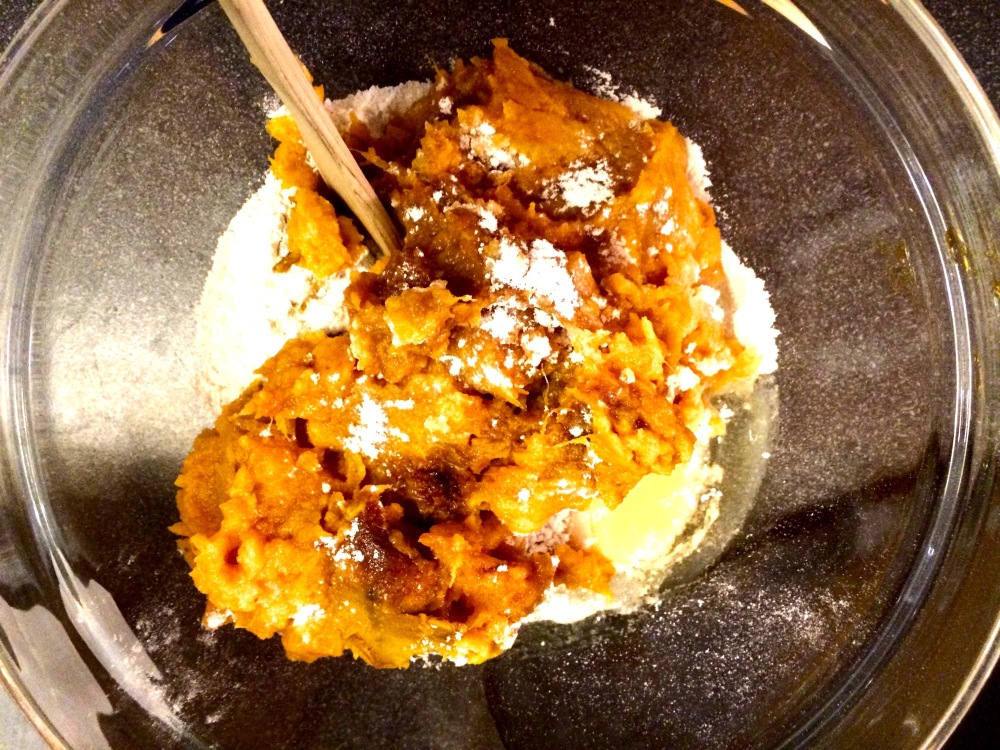 Try not to overmix the dough. Once it gets nicely together, work it with your finger untill you feel you can gently roll them into shape. 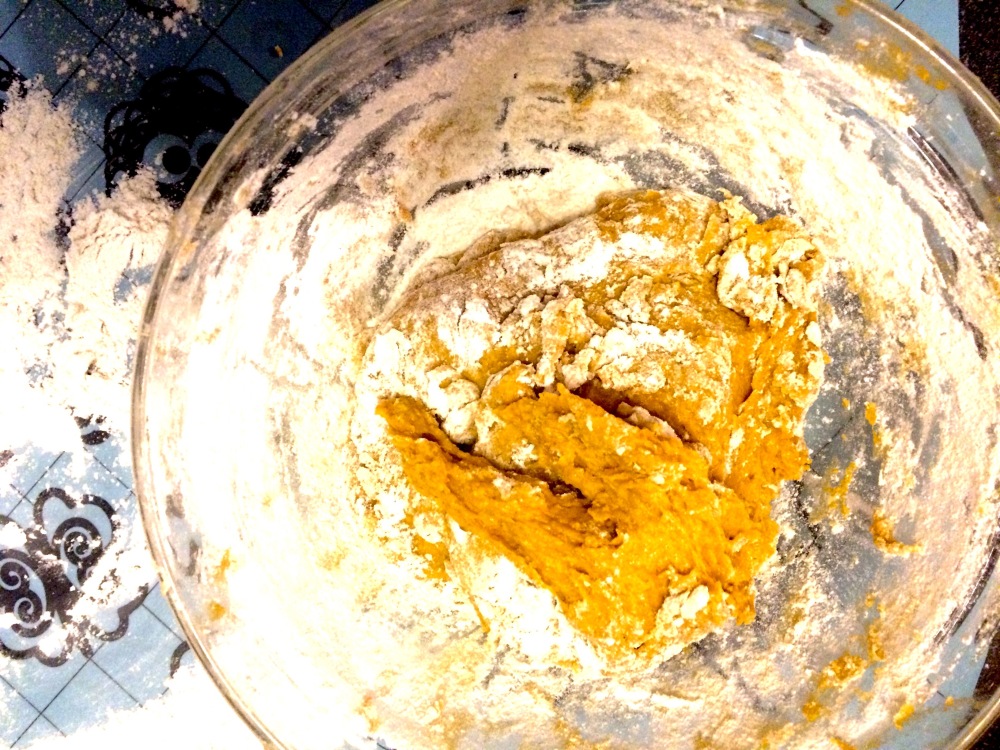 3- Form the Gnocchis: Onto a heavy floured surface, separate the dough into even size balls, and roll into thumb thick rolls. add flour gently to ensure that the dough doesn’t stick. 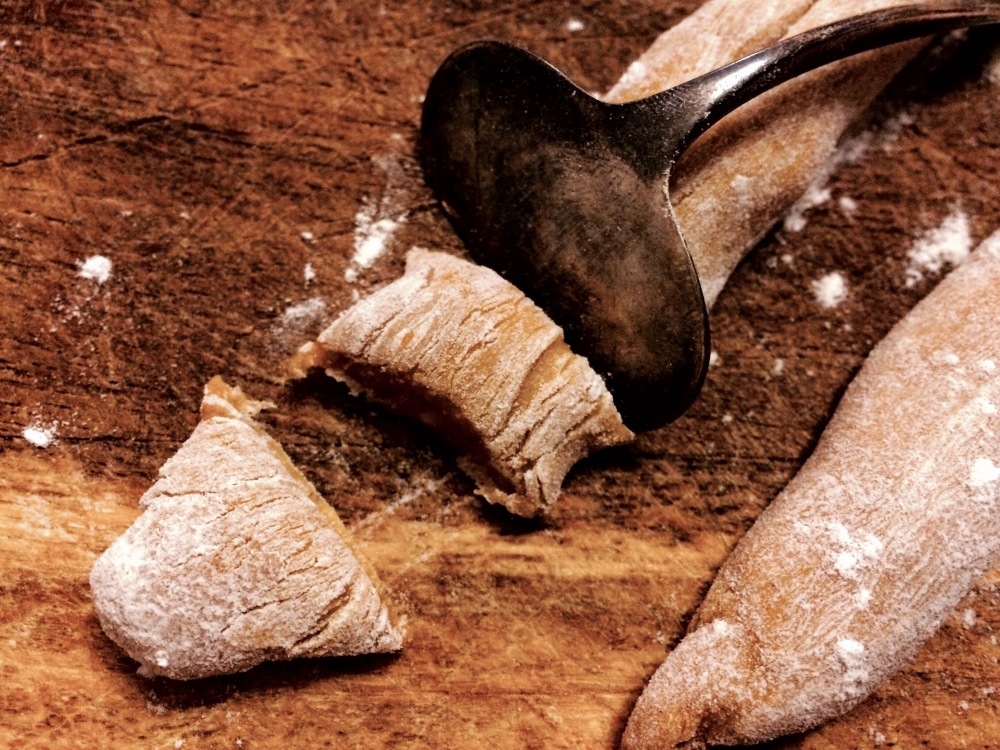 With a floured knife, cut the dough into even shapes and place onto a baking sheet while preparing the whole batch! Surprisingly you will get a lot of gnocchis with just one sweet potato, fear not, they will not go to waste (you can parboil them and keep them in the fridge for a couple of days).  I personally enjoy the repetitive process, as I find it almost hypnotic in its simplicity, but be prepared to take a few attempts until you get into the “flow”. 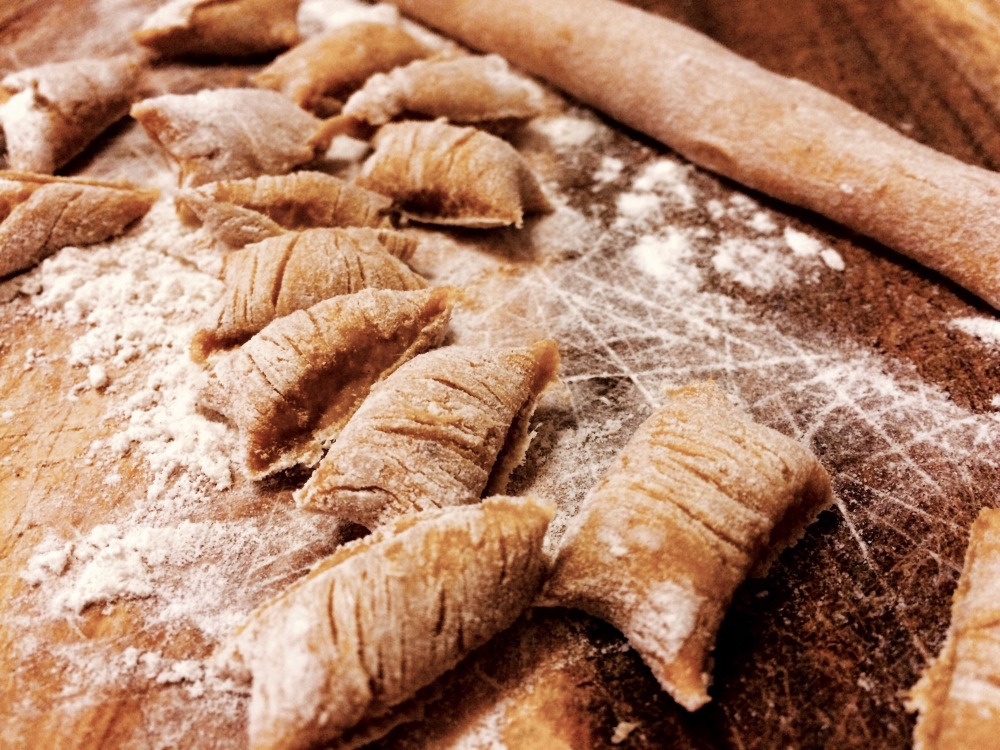 Quick tip:  I tested a few surfaces and found out that wooden cutting board was best to roll and cut the gnocchis, so if you have one of those do use it, otherwise just make sure to have enough flour to prevent sticking. I also used a fairly dull knife but any knife will work fine. 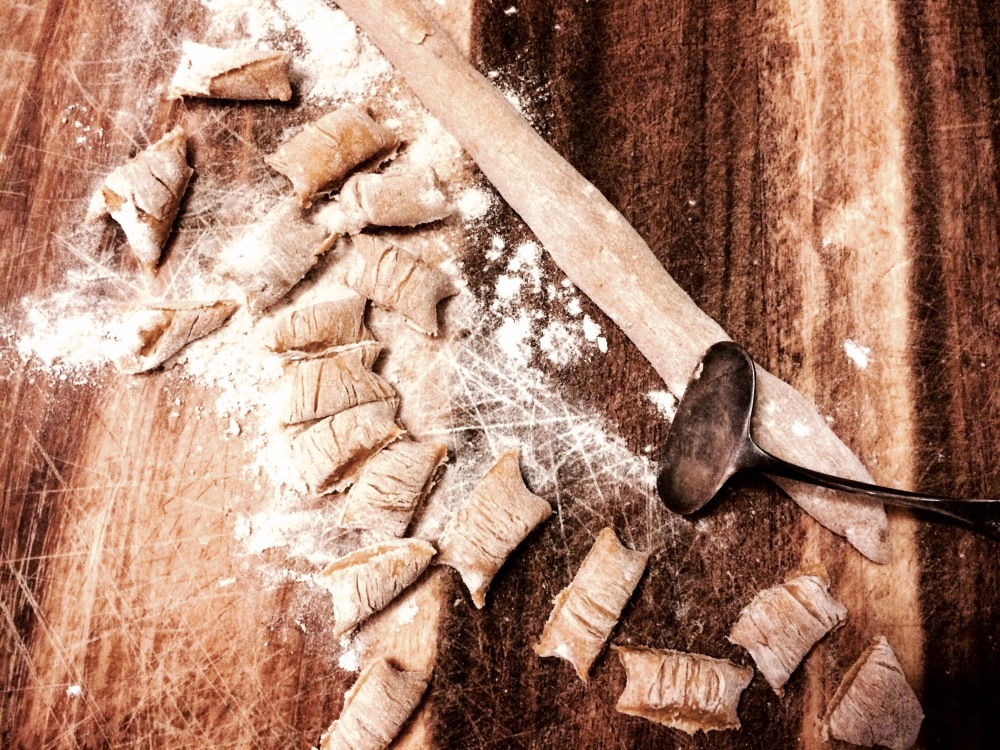 This lovely antique sliver knife is a gift from my in laws to teach the kids how to use cutlery; they outgrew it now, but I found it worked perfectly to separate the gnocchi, so  I guess it’s mine now 🙂 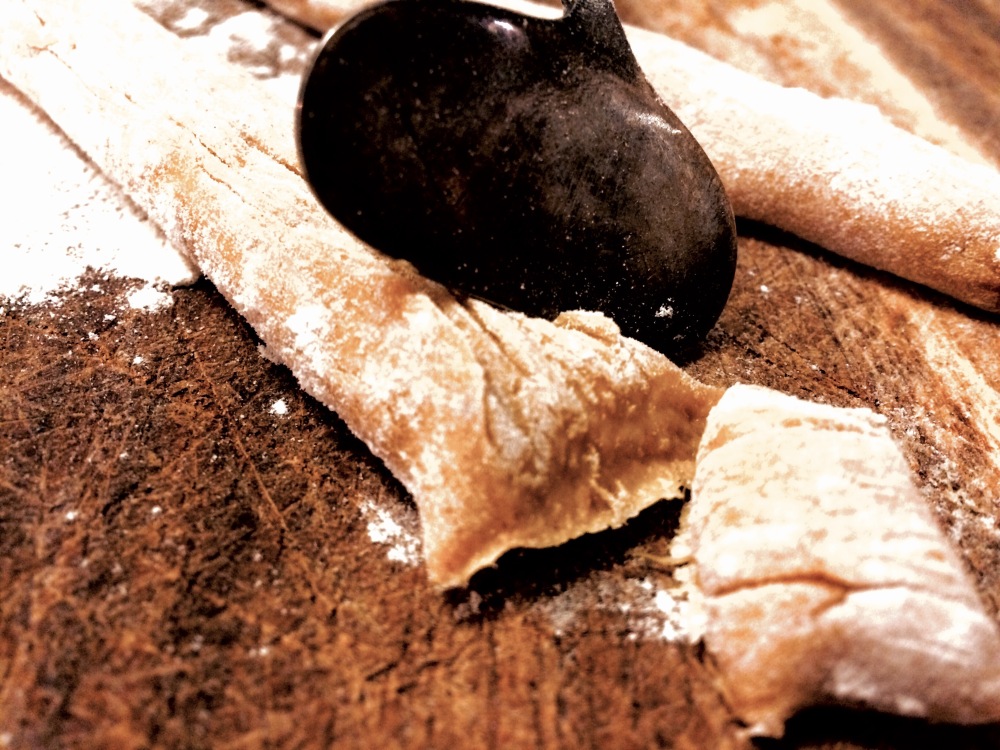 As you can see, the dough is still fairly moist, that’s perfectly fine and will allow for a fluffy consistency when cooking!

4- Cook the gnocchis: Bring a pot of salted water to a boil, and cook the gnocchis is small batch. you will notice that they drop immediately in the beginning, keep an eye on them because within a minute or 2 they will start to pop to the surface, that means that they are ready to be scooped out and thrown into a bowl of ice water. (Note: If you are going to prepare them straight away to be eaten, you can omit this stage, but I found that it prevents them from overcooking if you plan to serve them a bit later).

5- Season & Enjoy:  To accompany gnocchi, the sky is literally the limit, but here are 2 favorites that will have you wish you made more! 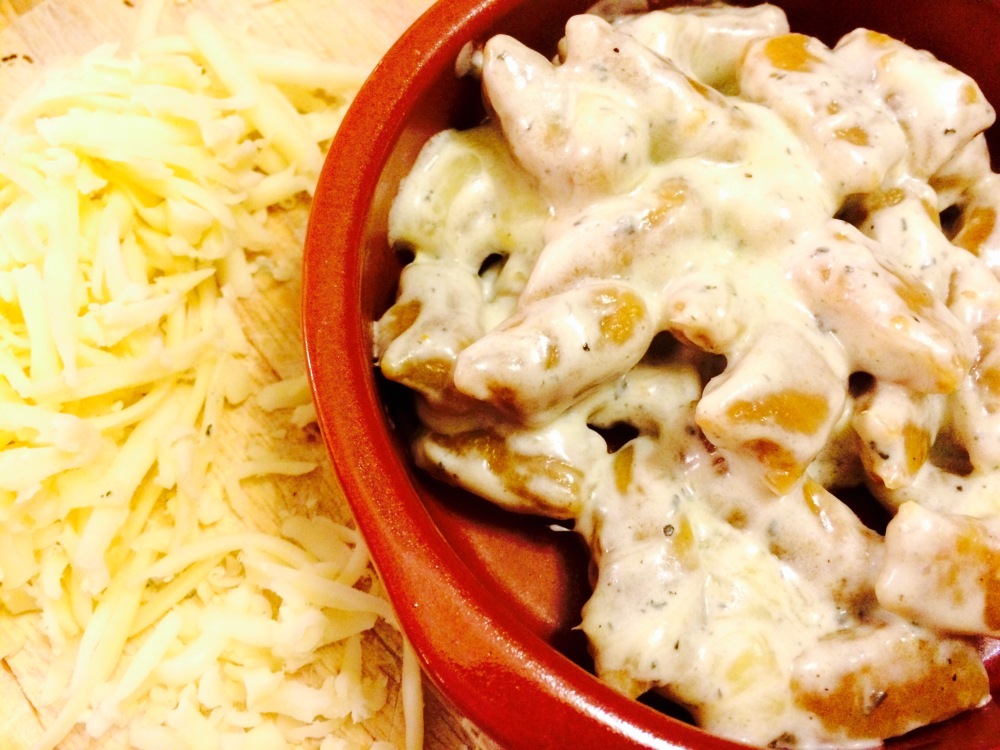 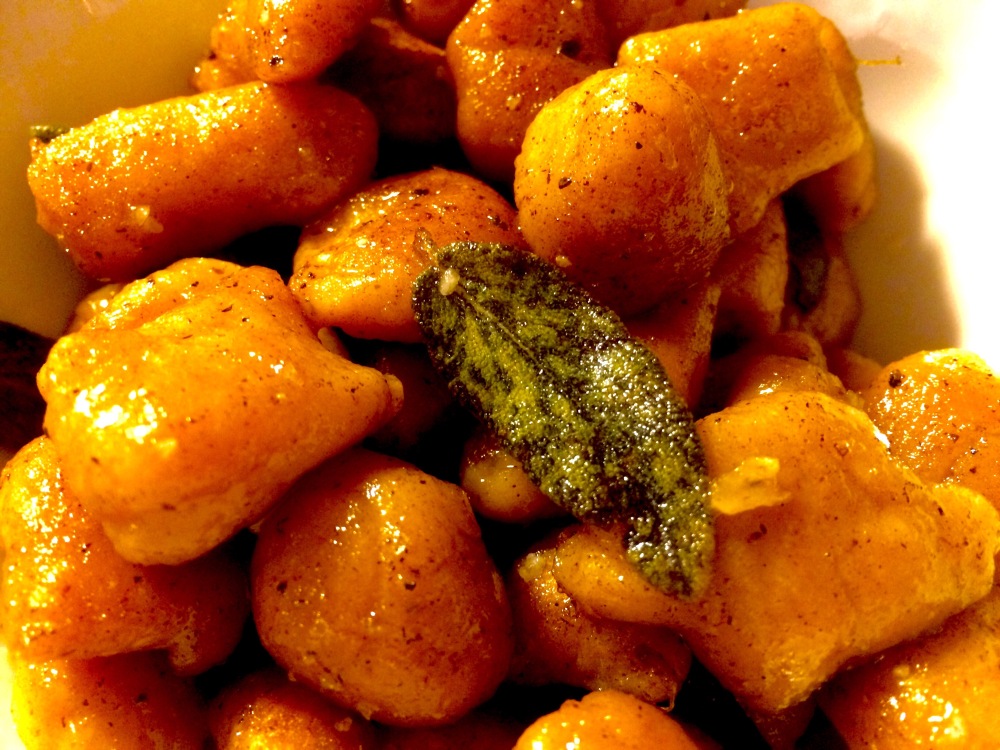 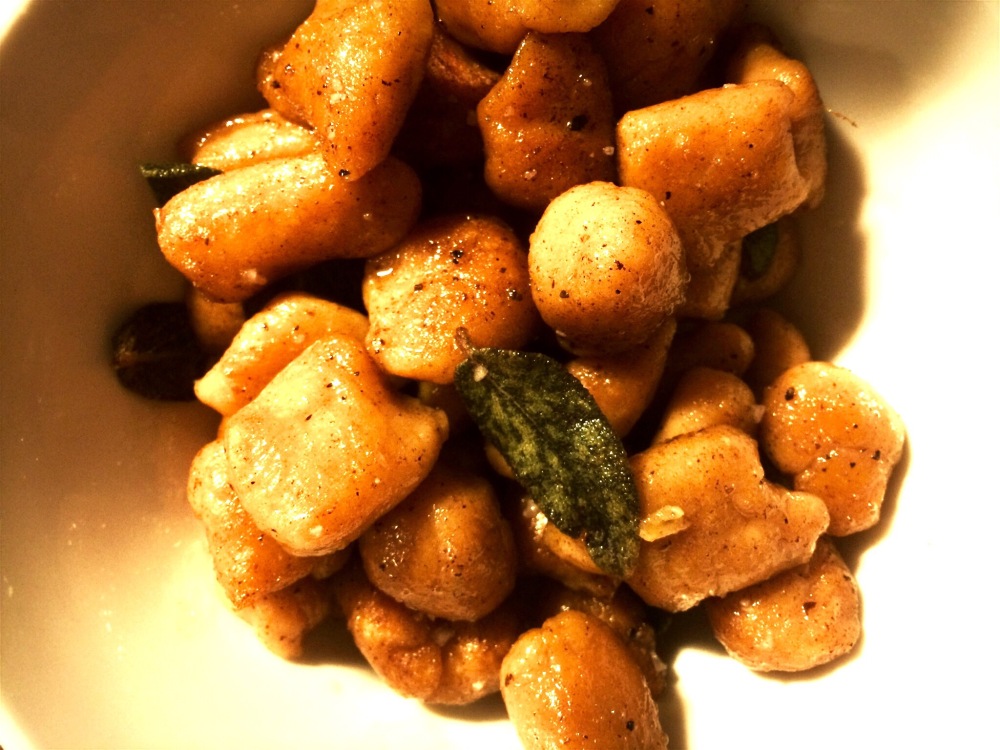 Is there anything to add to this, except you’d be a fool not to give it a try? 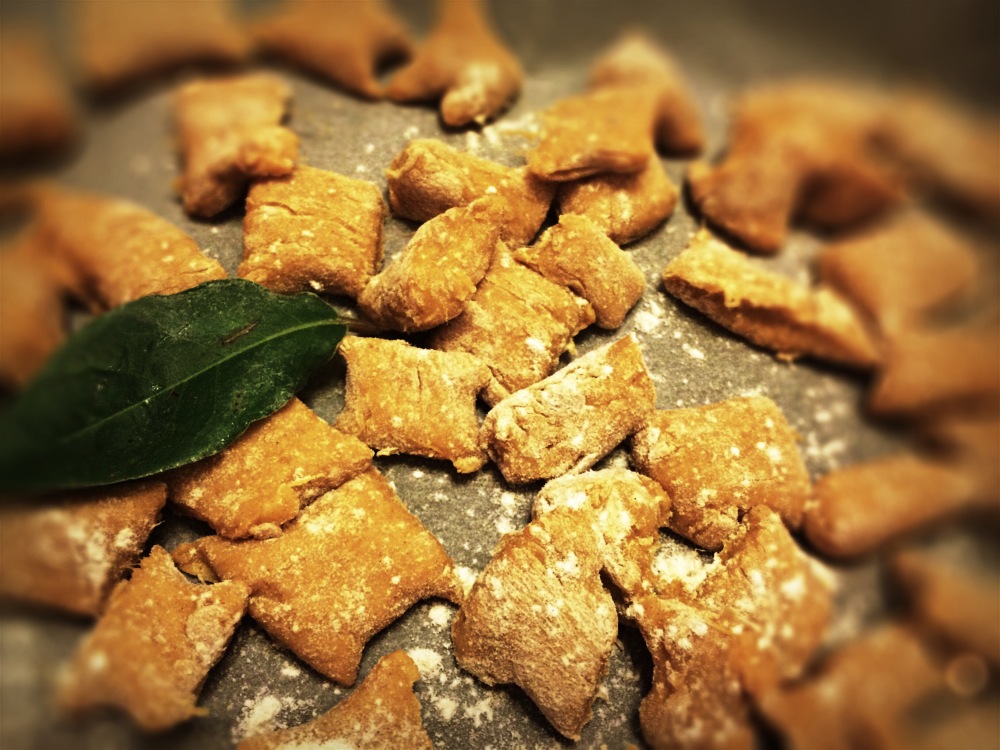 If you do test it out, let me know, I’d love to see how it turned out!